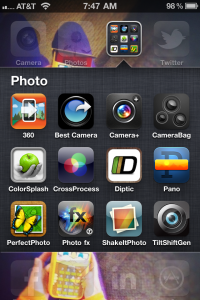 Some of my favorite camera apps.

Before my iPhone, I would snap photos with my Nokia or one of other countless camera equipped mobile phones I’ve had over the years. Low-fi disposable digital imagery, capturing fleeting, and sometimes drab moments. I’ve always had an interest in photography – I remember my father always carrying around a camera when we went on trips – sometimes the compact Kodak Instamatic, or maybe the Polaroid – but for the most part it was his SLR strapped around his neck and a black leather bag hung over his shoulder full of lenses. It was a hobby.

Before embracing my phone as a legitimate tool to capture images, I spent epic amounts of time (and money) with “toy cameras”: Lomos (http://www.lomography.com/), Holgas, Polaroids, etc.. The images produced from these cameras were unique, mostly unpredictable exposures, with various types of lens distortions, light leakage, and depending on the cameras manufacturing origin – the camera itself would leave scratches on the film, as it wound across cheaply molded housing. All of these effects were part of the fun and mostly inherent to cheap plastic lenses. The un-cheap part was developing countless of rolls of film, using various processing methods to achieve truly unique effects.

Now, those inherent toy camera attributes can be very closely duplicated with an iPhone and some very cool apps.

I still have most of my toy cameras and a film SLR body or two. But the reality is, having a pretty descent camera that happens to be a phone is awesome. No matter where I go, I have the ability to snap an image and then apply countless filtering effects to them.

I have a total of 180 images printed on 180 postcards for this show, and will be displaying approximately 60 or so at a time, and will rotate them out throughout the month. They will be for sale for $5 a postcard. :^) 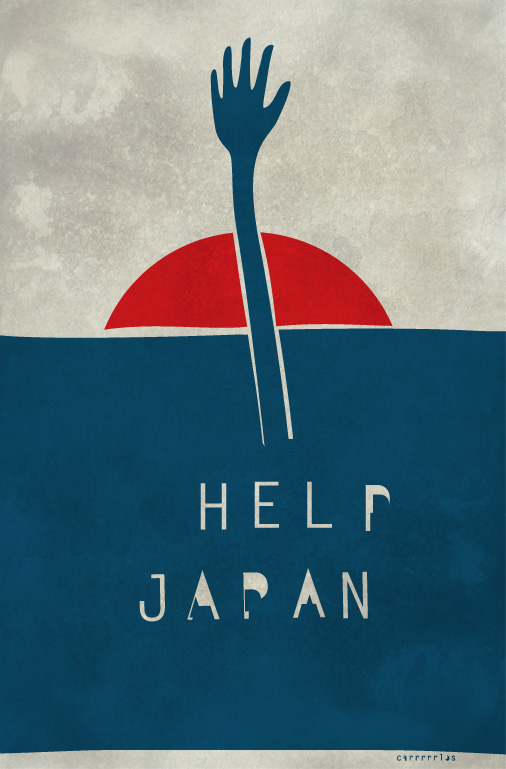 On March 11, 2011, a massive earthquake and tsunami devastated Northeastern Japan. I created this print in an effort to raise money to help the people of Japan.

All proceeds will go to the Japanese Red Cross Society.